Before making the decision to give your child up for adoption, you need to understand how to choose an adoptive family. There are lots of things that go into the process to make sure your baby is going to a good family.

What Is the Process?

Dealing with unplanned pregnancy can be really scary. You have a few pregnancy options, and choosing adoption instead of abortion can also be a really scary choice. Once you’ve made this decision, you have another big one to make. You get to choose the adoptive family for your baby.

This decision process is totally about what you want for you and your baby. You get to choose a family that has the traits that you feel are going to be the best for your baby. We will be with you through every step of the process. We will help with looking through profiles, meeting with prospective families, and making a final decision.

This decision is a big deal, and we want to make sure you feel loved and supported throughout the process. 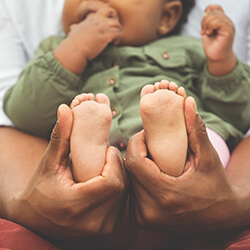 How are Adoptive Families Screened

A Guardian Angel has several requirements that our families must meet before they can apply to be adoptive parents.

Adoptive families must meet all of these requirements before they can be cleared to adopt. Your baby will go to a family who can provide. We make sure all of the families you have to choose from are good ones.

It’s important to decide what qualities you want your adoptive family to have. Before you start looking through profiles, make a list of the items which are most important to you. It might be religion, education, or family size. Or it could be a bunch of other things. Whatever they are, have them in mind when you look at profiles.

Once you’ve decided what things are important, you can start to make your decision on adoptive families. We are here to help you every step of the way. Once you narrow down your options of families, you can meet with them before making a final decision. Once you make that choice, we move on to making a delivery and placement plan. You will have support, love and understanding throughout this entire process. 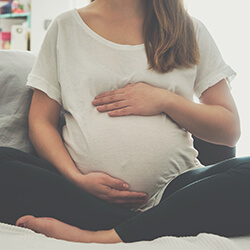 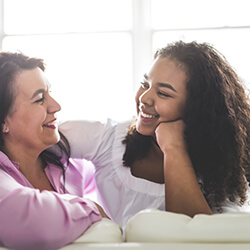 Advice from Other Birth Mothers

It sometimes helps to get advice from people who have also given their babies up for adoption. Here are a few pieces of advice from other birth mothers.

Libby’s Advice: “Birth mothers need to choose three of the most important personality traits or lifestyle traits that they want in the adoptive family. For example, religion was very important to me and that was something that I wasn’t willing to compromise on. I preferred that the adoptive mother be a stay-at-home mom, and that my daughter know from an early age that she was adopted.”

Sarah’s Advice: “I decided that the method that made most sense to me was doing it by the process of elimination. I read the profiles over and over, and even though I liked all of the couples, there were some that resonated with me more than others. I remember thinking when I read Sean and Charlene’s letter to the birth mom, “These are people I could totally hang out with.” II set it aside with a couple of others I connected with, but I kept going back to them. I felt like I was being led to the right people. The feeling was not earth shattering, but it was subtle and recognizable.”

Benefits of Giving Up for Adoption

When you give your child up for adoption, you bless the lives of the adoptive family who will raise your child. A lot of times, these adoptive families cannot have their own biological children, and they rely on birth moms like you.

By choosing adoption instead of abortion, your child gets to grow up and have a full and happy life. Adoption is not always a perfect solution, and giving up your child will be hard. We want to make sure you have the support and love you need during this decision-making time. 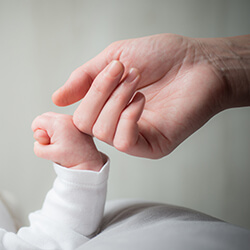 Now that you understand how picking an adoptive family works, call us today and let’s get the process started. We can answer any questions you may have. We are here to help.

Single Parent:
Are children adopted:
Region where you live: